The Welsh Charitables RFC works with the following partners:

Over the last 20 years Castell Howell has become firmly established as one of the country's leading independent food wholesalers.

PSM Sportswear's innovative new range of products has been researched with the specific requirement of garment customisation in mind. From initial designs through fabric generation to garment production the product range is tailored to meet the demands of retail, corporate and promotional markets.

Established in 2011, our aim at The Events Room is to become Wales’ premier events company and provider of guest speakers and sporting memorabilia.. 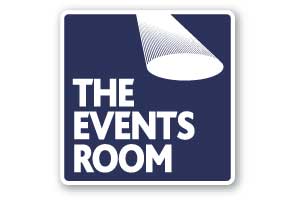 Established in 1965, the World of Groggs had a somewhat humble beginning. In what was first a desperate attempt to escape the rat race, founder John Hughes entered the world of ceramics via a back garden shed, and the first of the Groggs were born. From this makeshift studio came an army of weird and wonderful creations – mythical creatures from Welsh legend, small animal caricatures and ashtrays, along with the now unmistakable sporting ‘Uglies’, clay rugby figures which would become the template for the future.

Mark Tamplin, Freelance Photographer, has become the Welsh Charitables' Official Photographer and we are more than pleased to have him on board. Mark is a professional when it comes to what he does and his work speaks for himself. He has taken photographs at a number of events, but more recently, the Annual Golf Day at Bryn Meadows which can be view on his website. Here's the link for quick reference - www.markel-photography.co.uk. If you're interested in booking Mark for an event, please contact him either by e-mail or by telephoning his mobile. He will be more than pleased to try and help accommodate your needs.